Our Values and Methodology

In the course of this task, we have assumed that the solution of a problem is never better than the validity of the basic assumptions. As a result, we have stipulated some methodological principles, of which the following are the most fundamental:

1. All scenarios must be considered to be true until the contrary is proved.

2. All observations, assumptions or statements on which a scenario is based must be considered false until the contrary is proved.

These criteria involve technical, empirical, statistical and/or semantic requirements which, if they are relevant must all be met if the observation, assumption or statement is to be classified as an objective fact.

The Independent Fact Group was formed in 1998 to clear up the many question marks about the MV Estonia disaster, in a structured and methodical manner. There has been considerable speculation concerning the efforts of the Joint Accident Investigation Commission (JAIC) and the political, legal and media treatment of the accident and its tragic consequences.

The overall objective in the case of Estonia is the setting up of a new international independent investigation of the accident which can describe the course of the accident in detail, and its causes, with subsequent assessment of the moral and legal responsibilities, where this is feasible. Parties excluded in such investigation is Sweden, Finland and Estonia.

The spring 2000 our objective expanded being a catalyst within the branch and our platform was established for continued future safety development.

The Independent Fact Group was reformed in October 2020.

The Independent Fact Group conducts its research work with the same goal, to appoint an Independent International Investigation into the sinking.

Therefore, we link Fokus Estonia's appeal for a grant for its continued work by sending your donation to 123 422 45 80 via the Swedish payment system Swish.

(100% of those donations go to advertising on social media.)

Some of the most important reports:

Forgery to hide lack of seaworthiness

Full report, only in Swedish

The divers at the cardeck of MV Estonia

Recovery damage to the visor

Sweden governs, decides on false grounds that it is impossible to rescue the dead and/or the ship

Incontrovertible and final proof that the visor was detached from the ship after the sinking of MV Estonia.

Findings regarding the bow ramp 2021

In memory of Robert Love

With sadness and loss, we remember Robert, a true marine enthusiast who will be missed for his genuine marine knowledge and humor in life's tribulations. His quick deduction skills and clairvoyance leave a big gap, and he will be remembered for all his deep knowledge.

Get in to the Spirit of Christmas at Dean Castle! We are lighting up the dark December nights with festive animations and spectacular effects.

Wander along festoon-lit pathways to the castle which will be illuminated with a spectacular and immersive projection show. Get a first look of one of Kilmarnock's most treasured landmarks in a whole new light after its recent renovation. 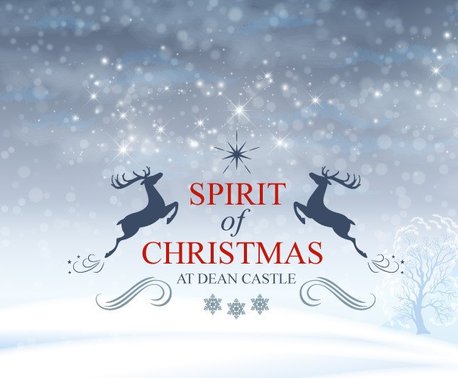 We are on alert!